Przejdź do treści
This site in other countries/regions:

“At Tern, we build bikes that help people get around in cities. With the launch of our Vektron ebike, and Cargo Node cargo bike, we’re serious about leading the urban cycling market, with the world’s most useful folding, cargo, and electric bikes,” said Joshua Hon, Founder and Team Captain of Tern. “Dutch Cargo Bike has built an incredible reputation for developing and supporting utility bike brands in the Australian market. We couldn’t ask for a better partner.” 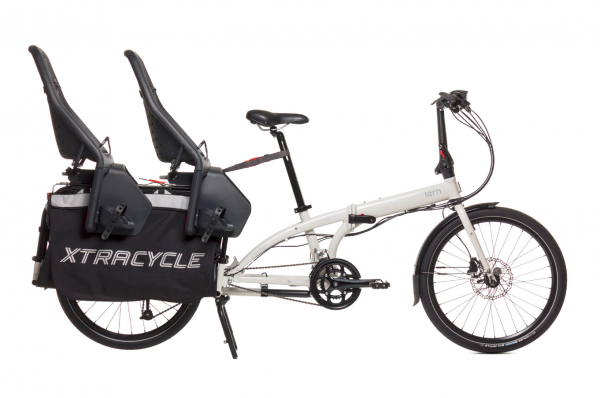 “At Dutch Cargo Bike, our philosophy is to help people find the right bike to fit their life,” said Emmy Heikamp, co-founder of Dutch Cargo Bike. “Whether family bikes, business bikes, commuter bikes or bikes for an adventure. Different riders need different rides. Folding bikes unlock cycling for a whole new category of people—people who value a bike that you can bring anywhere. Tern strikes a ride-it-to-believe-it balance between ride quality and portability, which we believe is the winning formula for Australia. We can’t wait to get them to market.”

Building on Dutch Cargo Bike’s reputation for bringing forward-thinking European bike design to Australia, the future for the distributor may skew electric. Ebike sales, which now account for 50% of total revenue of bike retailers in the Netherlands, are already making inroads across the country, with the help of newfound support and service from leading suppliers, including Bosch. With Tern’s growing portfolio of compact electric bikes, the future of this collaboration looks even brighter.

Get in touch with Dutch Cargo Bike by emailing [email protected].

Look out for Dutch Cargo Bike at their upcoming events across Australia: