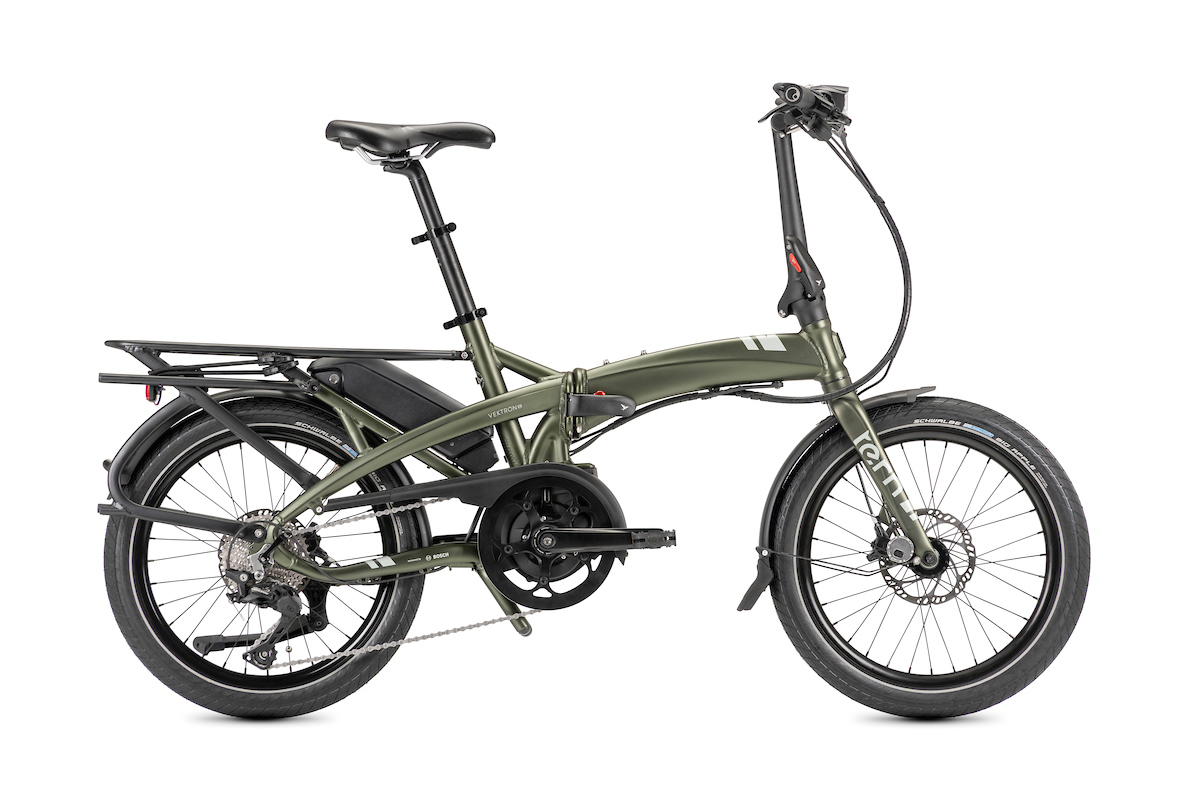 The award-winning Vektron is among the world's best-selling Bosch folding bikes. It folds in 10 seconds to go on trains, in cars, and under desks. Yet it delivers all the ride quality of a large-wheeled ebike. Originally launched in 2017 after a successful Kickstarter campaign, the Vektron has since evolved into one of the most solid and reliable Bosch-equipped folding e-bikes in the market.

"We're constantly listening to our dealers and riders, and we're committed to making changes based on that feedback," stated Tern Team Captain Josh Hon. "Those who live in hillier areas have asked for a Vektron with a more powerful motor to tackle even the steepest hills. The new Vektron retains its super compact size and superior riding characteristics, but adds the improvements that everybody wants."

The new lineup includes the top-of-the-line Vektron S10, now with a Bosch Performance Line motor that provides support with up to 65 Nm of torque, and improved pedal assistance of up to 300%. The Vektron Q9 and P7i have been upgraded as well, and now feature a Bosch Active Line Plus motor. Quiet, robust, and lightweight, the new Bosch drivetrains ensure a natural, authentic riding sensation.

The Vektron frame has passed strict European safety standards for pedal-assist e-bikes, having been certified as EN15194-compliant by EFBE Prüftechnik, one of Europe's leading bicycle testing labs. With a maximum gross vehicle weight of 125 kg, the Vektron provides a solid ride and still lets the rider carry a young kid in a child seat, or plenty of cargo. The frame-integrated rear rack carries up to 27 kg, and also allows the bike to stand firmly in vertical position when folded, for easier rolling and storage. The stiff Vektron frame has now been updated for easier battery port access—another request from Tern riders.

"A big upgrade to motor, frame, and components normally translates into higher prices," continued Hon. "But we're getting some economies of scale and we're happy to pass these along to our customers."

Shipping to the EU and North America starts in Q4 2020. For more information, visit ternbicycles.com/vektron.