TAIPEI, TAIWAN — January 21st, 2016 — Urban transportation specialists Tern Bicycles have been recognized by Taiwan’s Ministry of Economic Affairs (MOEA) with a trio of Taiwan Excellence Awards for innovation and leadership in product design. Tern received the prestigious awards for two bicycles, the Verge Tour and the Verge X20, and one accessory, the space-saving wall mount, the Tern Perch.

The Taiwan Excellence Award is a national citation for products that demonstrate significant innovation in research & development, design, quality, and marketing. With a prerogative to improve the quality, design and perception of Taiwanese products internationally, MOEA's recognition of Tern will include promotion and support in the coming year. "Taiwan is foundational to the success and identity of our company" says Josh Hon, founder and Team Captain of Tern, "and it's great that the humble bicycle can stand next to high tech electronics as products that Taiwan considers important for the future."

Tern's bicycle awards recognize two of the company's categorydefining designs, the world-touring Verge Tour, and the fast and ternbicycles.com light Verge X20. The Verge Tour is Tern's flagship 20" worldtouring bike. "With this bike, we're trying to define a new category of transportation, Multi-Modal-Touring," explains Joakim Uimonen, Tern's Global Head of Product Design. "A long-haul touring bike is the most useful bike you can own. They’re built to last and they can take you around the world. If it folds it's even better, since you can see the world but skip the boring bits." As a year-round, all-weather bike commuter in Finland, Joakim designs from broad experience. 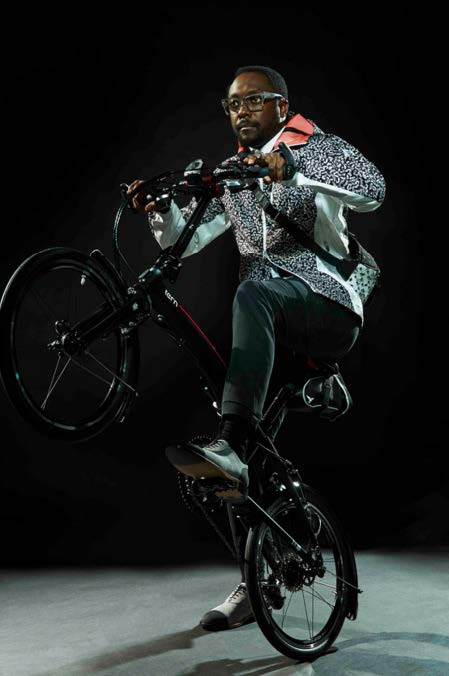 Meanwhile, Tern's other award-winning bike, the Verge X20, has been at the center of the spotlight over the last year, featured in Tern's collaboration with EKOCYCLE™ -- a sustainability initiative championed by global music artist and entrepreneur will.i.am and The Coca-Cola Company. In addition to being a performance bike, the Verge X20 bike for EKOCYCLE features a hydroformed frame made from a minimum of 10% recycled aluminum. Likewise, the X20's rims are made by a Taiwan factory that is solar powered and virtually grid neutral. "The Verge X20 represents the spirit of Tern. It's an uncompromising road bike, that still folds down small. It encourages sustainable lifestyles, like commuting, and it backs its encouragements up, since it's sustainably produced" says Hon. "2015 has been a banner year for Tern. Our Taiwan Excellence Awards are great encouragement for everyone with the brand. We look forward to an exciting 2016."